The houses whose remains are now enclosed in the museum formed part of a street that archeologists have named Artisans Street.

This prehistoric settlement beside the Soča River ranks among the most distinguished sites of its type in the world. Museums in Vienna, Trieste, and Gorizia and more recently in Tolmin as well boast finds from this settlement.

The museum in Most na Soči designed by Drago Svoljšek, a long-time student of the archaeological history of the Tolmin region, reveals part of the story of the people who lived on the banks of the Soča River.

After a decade of work in Most na Soči, the picture of this large Early Iron Age Hallstatt settlement came to light under the hands of archaeological teams. This picture added considerably to knowledge of the Sveta Lucija Culture that was discovered by the archaeologists Marchesetti and Szombathy with the excavation of seven thousand graves in the second half of the 19th century, a period of feverish archeological activity in Austria-Hungary.

The houses whose remains are now enclosed in the museum formed part of a street that archaeologists  have named Artisans Street (Obrtna cesta). They stood in a long row and housed potters, smelters, and blacksmiths.

The well-preserved remains of this prehistoric artisans' district were located between the construction site for a new gymnasium and annex to the elementary school where the museum stands today.

Location: It is located in the elementary school in Most na Soči. 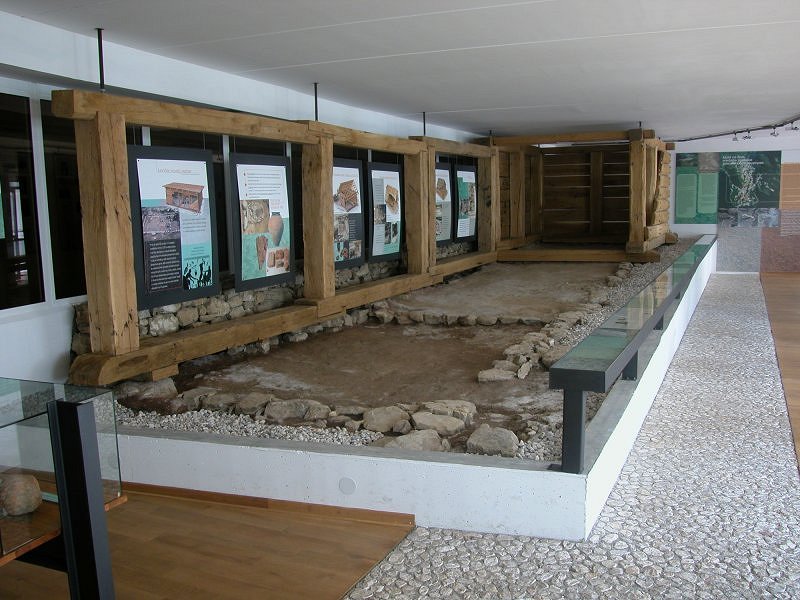